Book 1 in the Westerley series 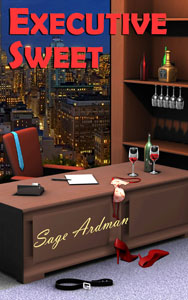 Kay's partner in this game is Dan Avery, the handsome CEO of the company. The two of them might seem like a perfect match, but neither wants to get romantically involved. Dan has a history of bad relationships, and refuses to wreck the game by having another bitter breakup. Kay is wary of men, who always lust for her looks and never care about what's inside. Besides, they're both having too much fun manipulating unsuspecting businessmen.

But with all the sexually-charged business deals going on, how long can they keep the game going and stay out of trouble?